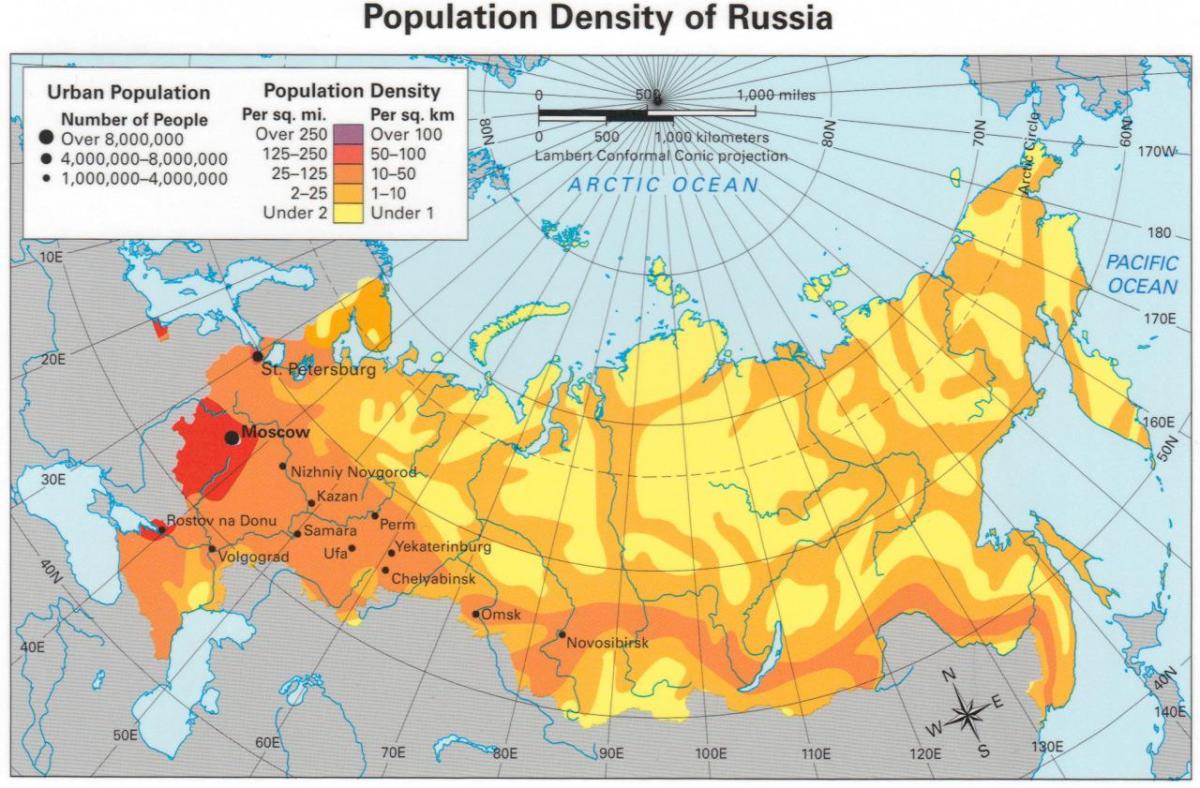 The Russia population density map shows the number of inhabitants in relation to Russia size. This demographic map of Russia will allow you to know demography and structure of the population of Russia in Europe. The Russia density map is downloadable in PDF, printable and free.

Russia population density has experienced some interesting changes over the past few decades. Its population peaked at over 148 million in the early 1990s before experiencing a rapid decline as you can see in Russia population density map. For Russia, the economic declines coinciding with the dissolution of the Soviet Union contributed to low birth rates. Generally, when a country experiences economic decline or uncertainty, people tend to delay having children.

Due to higher birth rates and a government push to encourage immigration, Russia population density growth has stabilized and could grow from 143.5 million in 2013 to 146 million by 2050. Russia death rate remains quite high, however, at 13.1 per 1000 people compared to the European Union average of 9.7 per 1000 as its shown in Russia population density map. Alcoholism rates are high, particularly among men in Russia, and cardiovascular disease accounts for over half of all deaths. In addition, although Russia is highly urbanized, more people are now moving from Russia crowded cities to more sparsely populated rural areas, in contrast to the more common rural to urban migration seen elsewhere in the world.