You can find on this page the blank map of Russia to print and to download in PDF. The contours map of Russia presents the international boundary of Russia in Europe. You can use the vector map of Russia for personal or educational use.
The Russian landscape offers a variety of regions as its mentioned in Russia blank map. West of the Ural mountain range, which separates the Asian and European part of the country, lies the European Plain, with Moscow in the center. It is the most populous part of the country.

With a few changes of status, most of the Soviet-era administrative and territorial divisions of the Russian Republic were retained in constituting the Russian Federation. In 2006, there were eighty-eight administrative territorial divisions (called federal subjects) as you can see in the Blank map of Russia: twenty-one republics, seven krais (territories), forty-eight oblasts (provinces), one autonomous oblast, and nine autonomous okrugs. The cities of Moscow and Saint Petersburg also have federal status.

The republics include a wide variety of peoples, including northern Europeans, Tatars, Caucasus peoples, and indigenous Siberians. The largest federal subjects are in Siberia. Located in east-central Siberia, the Sakha Republic (Yakutia) is the largest federal subject in the country (and the largest country subdivision in the world), twice the size of Alaska as its shown in the Blank map of Russia. Second in size is Krasnoyarsk Krai, located west of Sakha in Siberia. Kaliningrad Oblast is the smallest oblast, and it is the only noncontiguous part of Russia. The two most populous federal subjects, Moscow Oblast (with Moscow) and Krasnodar Krai, are in European Russia. 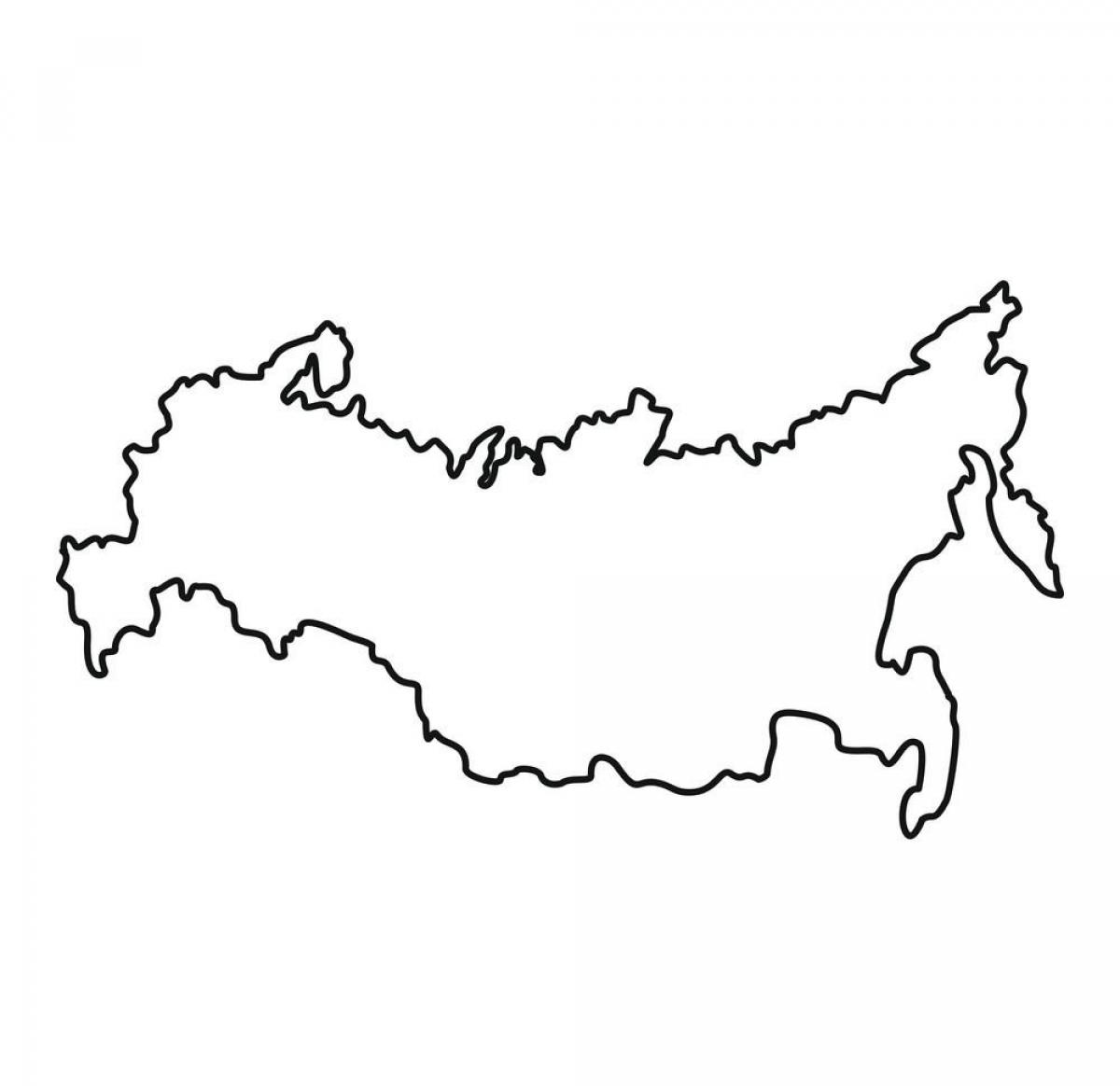 The Russia map outline shows all the contours and international boundary of Russia. This outline map of Russia will allow you to easily learn about neighboring countries of Russia in Europe. The Russia contours map is downloadable in PDF, printable and free.

Extending for 57,792 kilometers as its shown in Russia map outlines, the Russian border is the world longest, a source of substantial concern for national security in the post-Soviet era. Along the 20,139-kilometer land frontier, Russia has boundaries with 14 countries: Norway, Finland, Estonia, Latvia, Lithuania, Poland (via the Kaliningrad Oblast), Belarus, Ukraine, Georgia, Abkhazia, South Ossetia, Azerbaijan, Kazakhstan, Mongolia, the People's Republic of China and North Korea.

Russia map outlines is showing the Russian Federation, which came into existence on 25 December 1991, after the dissolution of the Soviet Union. The country, which is commonly known as Russia, is located partly in eastern Europe and partly in northern Asia, bordering the Arctic Ocean in north. With an area of 17,098,242 km² the country is somewhat larger than twice the size of the contiguous United States, it is still the largest country in the world, covering more than 11% of Earth inhabited areas. 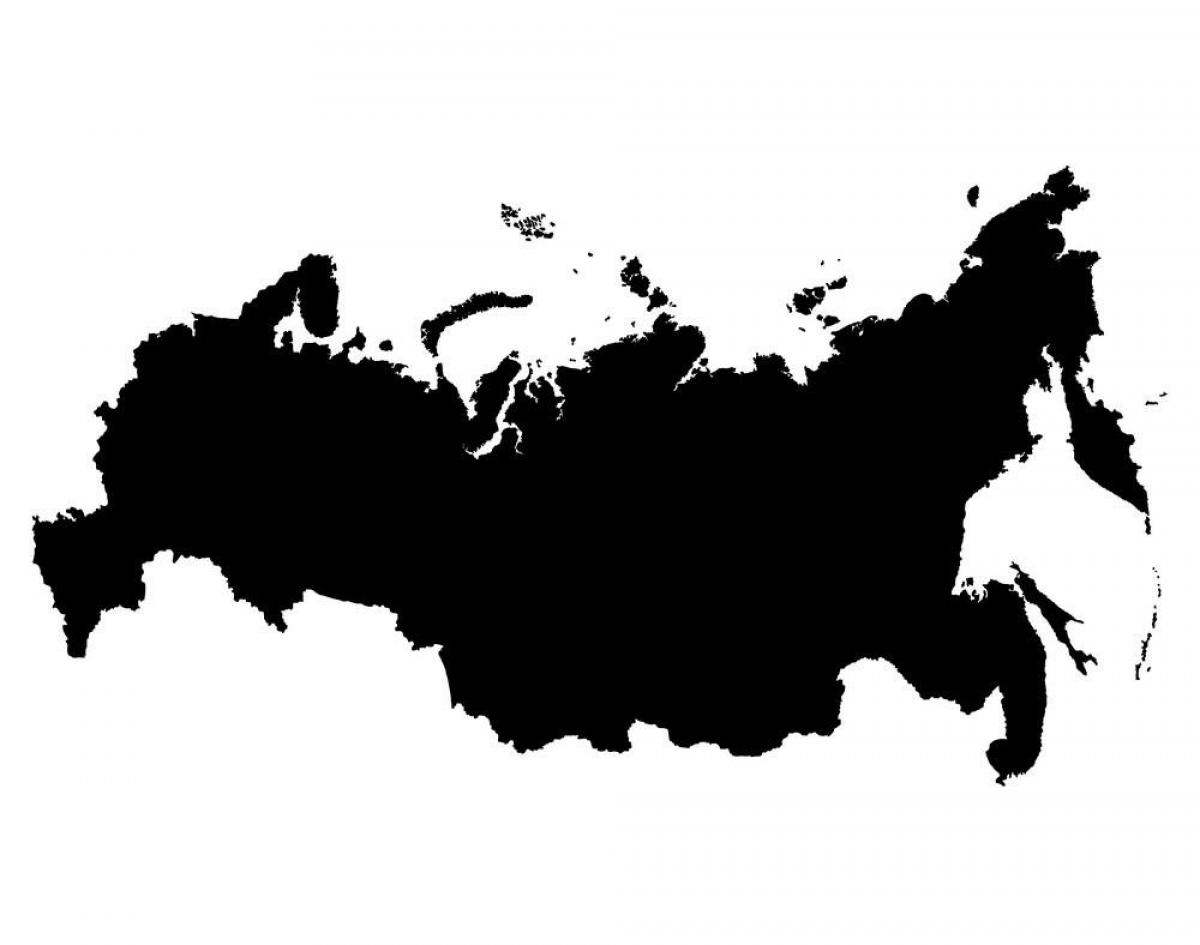 It should be noted Mercator projection distorts Russia apparance from crescent-like shape (as seen on a globe) into a fish-like or bear-like outline as its shown in Russia map vector; also making uninhabited area of Russia (e.g. food-less cold tundra and taiga) look 3-4 times bigger than it already is.

In terms of territory, Russia is the world largest country. With a total area of 17,075,200 kilometers (6,592,735 square miles), Russia covers about one-eighth of the world land surface as its mentioned in Russia map vector. Russia country is 60 percent larger than the world second-largest country, Canada.

Russia as you can see in Russia map vector stretches from its westernmost point in the city of Kaliningrad, just north of Warsaw, Poland, to its easternmost point at Big Diomede Island in the Bering Strait. Within eyesight is Little Diomede Island, belonging to the United States just off the coast of Alaska Seward Peninsula. Russia great breadth of territory includes many different geographical regions. These include areas of permafrost (areas of eternal ice) in Siberia and the Far North as well as taiga and steppes (vast grassland).