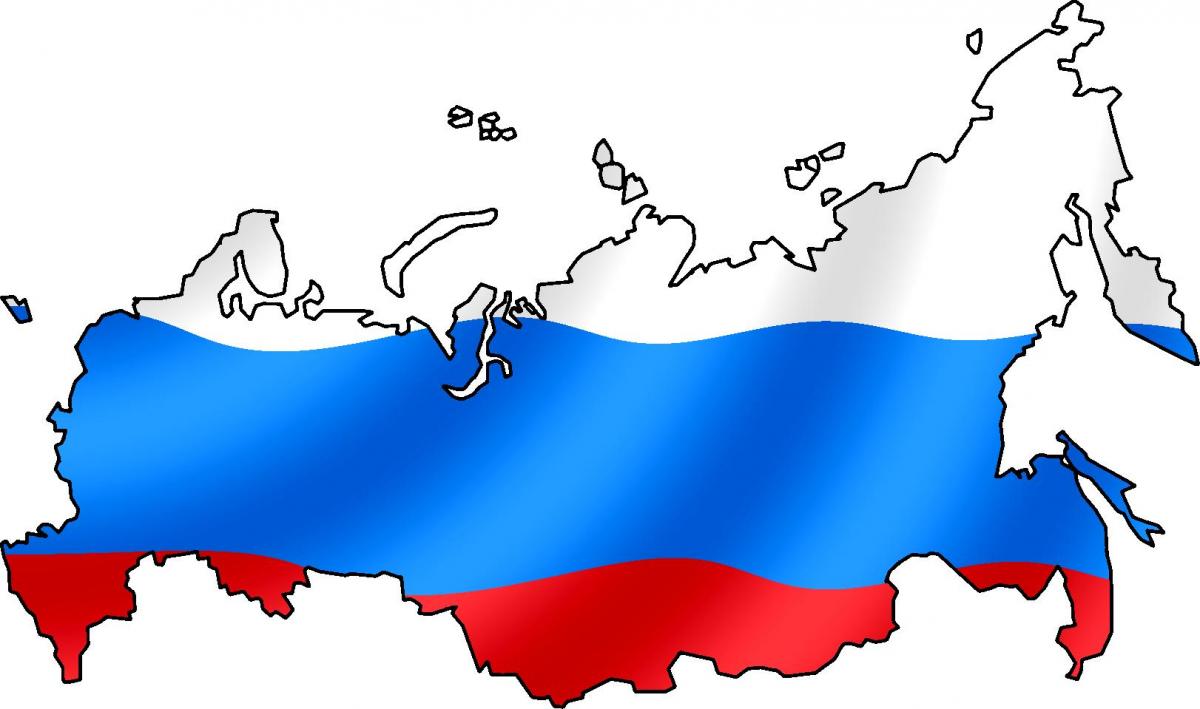 The flag of Russia is a tricolour flag of three equal horizontal fields, white on the top, blue in the middle and red on the bottom as its shown in Russia flag map. The flag was first used as an ensign for Russian merchant ships and only became official in 1896. The flag continued to be used by the Russian Provisional Government after the Tsar was toppled in the February Revolution and was not replaced until the October Revolution which established a Bolshevik government. From that time period, a red flag charged with communist symbols was favoured over the tricolour. It was not until the dissolution of the Soviet Union in 1991 that the tricolour was brought back as the official flag of the new Russian Federation.

The three colours purportedly came from the coat of arms of the Grand Duchy of Moscow, which depict Saint George wearing white (silver) armor, riding a white horse, wearing a blue cape and holding a blue shield, on a red field. According to another version, these three colours as its mentioned in Russia flag map were associated with the robes of the Virgin Mary, the holy protectress of Russia. Yet another interpretation of the three colours is that the order in which they are placed reflects the Russian social system under the monarchy: white represents God, blue the Tsar and red the peasants. Another very common interpretation is the association of colours with the main parts of the Russian Empire: white representing Belarus ("White Russia"), blue Ukraine (or Malorossia, "Little Russia"), and red "Great Russia".

The flag was used as naval and military ensign since at least as early as 1693, and was adopted as a merchant flag at rivers in 1705 as you can see in Russia flag map. On 7 May 1883 it was authorized to be used on land. However, it did not become an official national flag (State Flag) until the coronation of Tsar Nicholas II in 1896. The Russian flag adhere to the colours of the greater ideas of pan-Slavism.